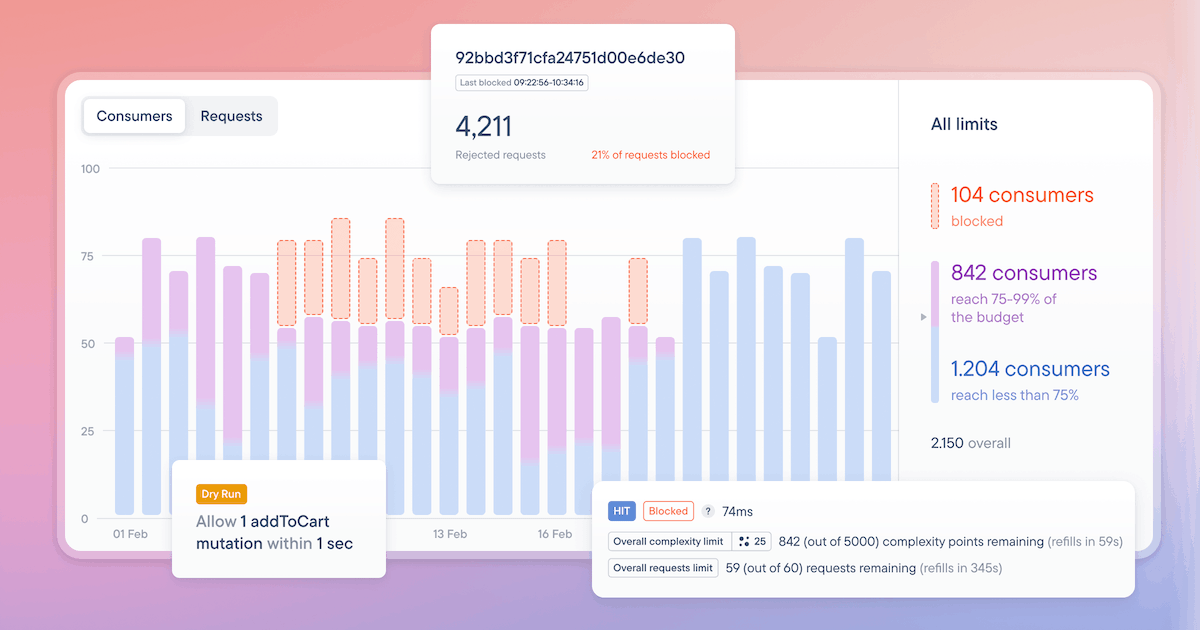 Through our conversations with hundreds of companies using GraphQL in production, we’ve learned about some common pain points:

The solution for all of these is to rate limit the number of calls any single consumer can make. For example, only allowing two login or addToCart mutations from a single actor every ten seconds.

Check out the docs and learn how to use Rate Limiting to protect your GraphQL API. While still in Beta, keep an eye on the limitations.

Join the channel #rate-limiting for feedback and support on our Discord server!

Announcing Our Open GraphQL API: Integrate with the Stellate Platform

We are excited to announce that our GraphQL API is now open for anyone to use! 🎉

GraphQL gives a lot of power to developers through flexibility, which is why many of us love it. That flexibility has the downside of making it harder to open up GraphQL APIs, with authorization, schema evolution and security being non-trivial concerns.

However, opening up your API and enabling third-party developers to integrate with your systems is a powerful way to create business value. That’s why our current mission to make open GraphQL APIs ubiquitous, and our first step towards that is opening up our own GraphQL API to allow anyone to build an integration with our platform.

If your company is using GraphQL and you’re also thinking about opening up your GraphQL API, apply to be a part of our Open GraphQL API Pilot Program, where our GraphQL experts help companies successfully open up their GraphQL APIs.

Learn more in the announcement blog post and check out the docs to get started! 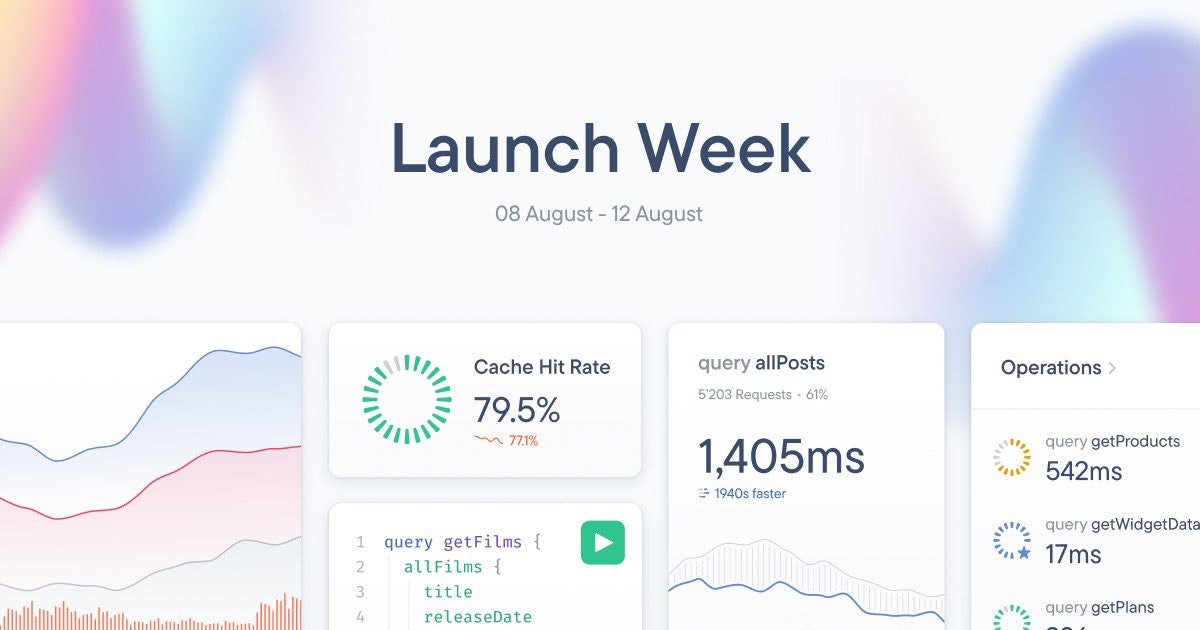 You gave us the feedback, we listened! We shipped a whole new dashboard with new metrics, purging history and much more. Check it out at stellate.co/app

With the new dashboard, we released brand-new GraphQL Metrics that allow you to slice and dice aggregate traffic data, understand individual requests in full context, and monitor performance and errors.

The new purging analytics allow you to have full visibility into your cache's activity, which allows you to optimize your cache hit rate and have the confidence that no stale data is served to your users.

We integrated a GraphQL IDE into our new dashboard to allow users to test queries against their API quickly. The IDE is based on the upcoming new version of GraphiQL, which is more extensible and customizable.

The new Stellate dashboard includes a code editor for "universal configuration-as-code." This allows for better knowledge transfer between UI and terminal, instant feature parity and faster shipping, and DRY code reuse across environments. We are exploring ways to further utilize UI to enhance the experience with the new TypeScript-based configuration.

Since then, we got a lot of great feedback and worked on the following fixes:

The GraphCDN team spent the last week in Lisbon, Portugal at an amazing onsite. (Since we are a distributed company, we're actually "on-site" when we're all together. 😊) Other than getting to know each one of us better, and working hard on the vision and mission for our company, we also shipped some improvements, fixes, and new features. 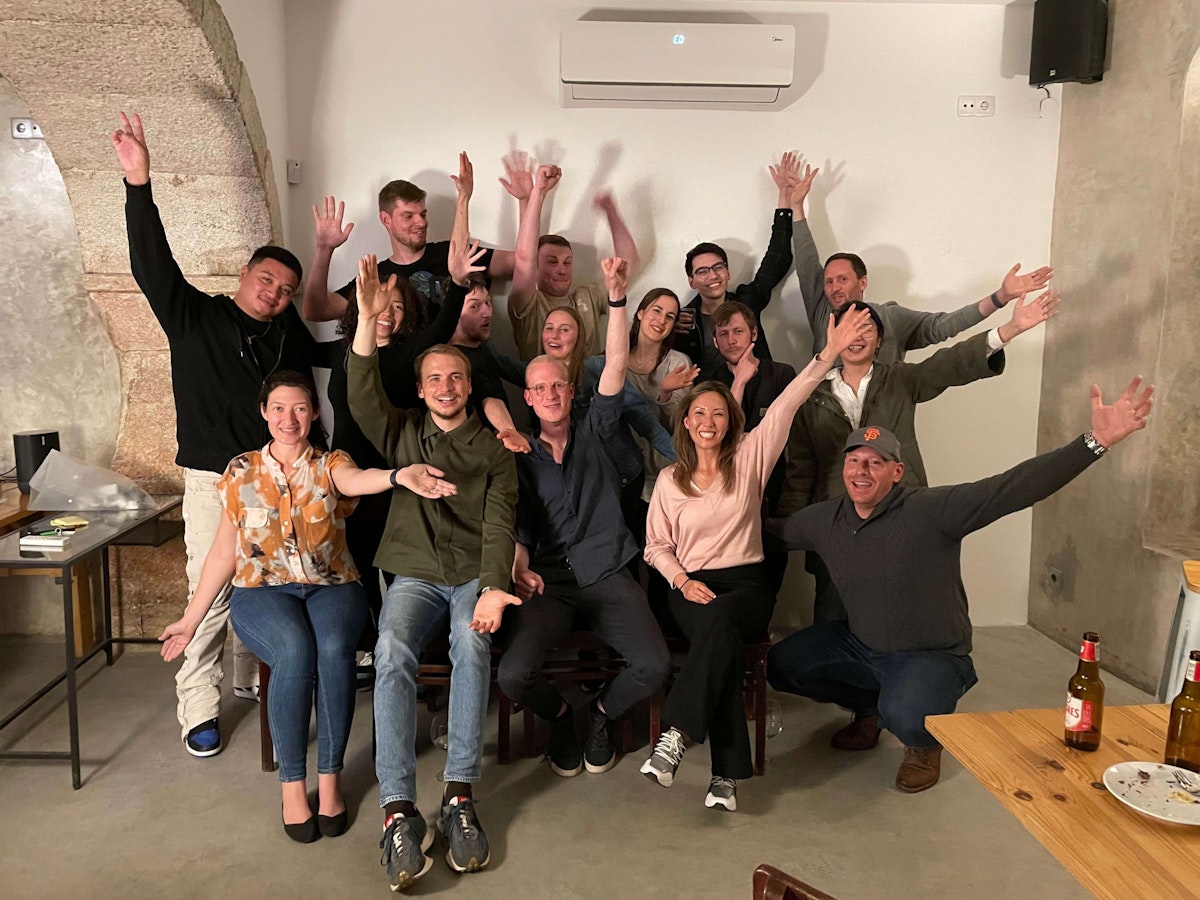 Up to now, GraphCDN could cache GraphQL responses up to 2MB in size. If the response size was larger than this, the response could not be stored in the cache, and any future requests would be passed on to your backend service.

We are happy to announce that we could bump this limit and can now cache responses up to 10MB in size.

GraphCDN long supported running your service on a custom DNS name provided by you.

However, until now you weren't able to remove a custom domain once it was set and always had to reach out to our support team for changes.

With the latest improvements, you can now delete and reconfigure custom domain names via the dashboard.

At its core, the GraphCDN Edge Cache analyses GraphQL queries and computes the correct Cache-Control header for them based on your rules.

However, in some edge cases you might actually want the cache to respect it, so there is now a setting to disable "Ignore origin Cache-Control header" in the "Advanced" section of the "Cache" tab: 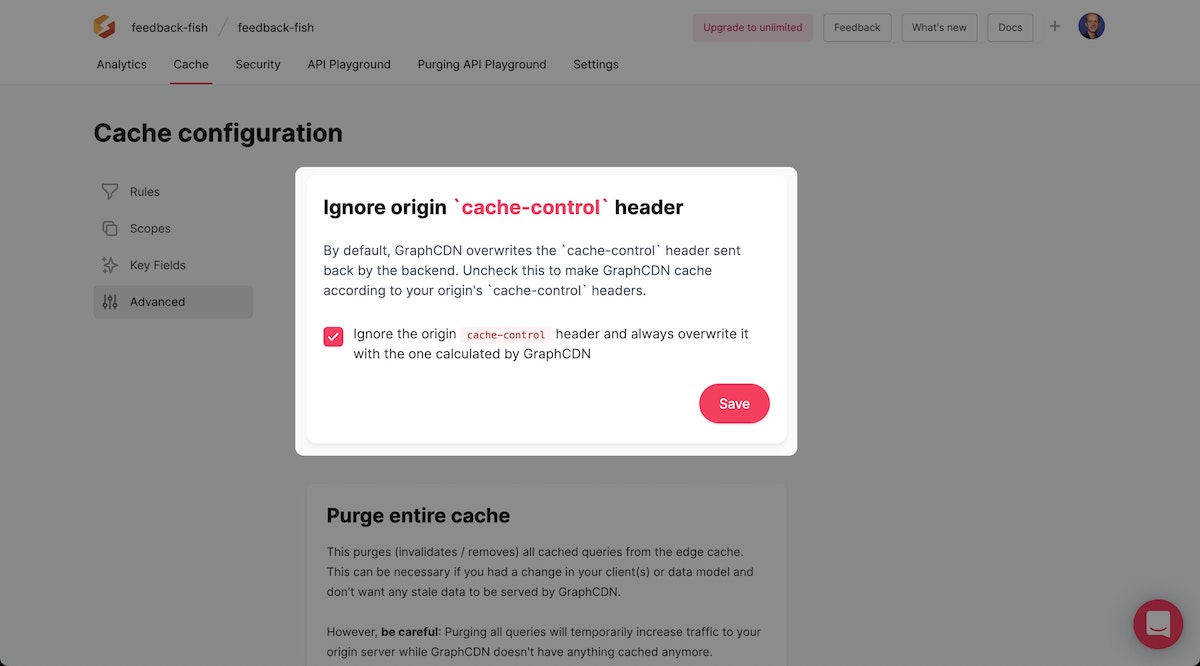 Create cache rules on your dashboard

You can now create, edit and delete cache rules right from your dashboard. Head to the "Cache" tab of your service and click on the "Create new rule" button to open the form to create a new rule: 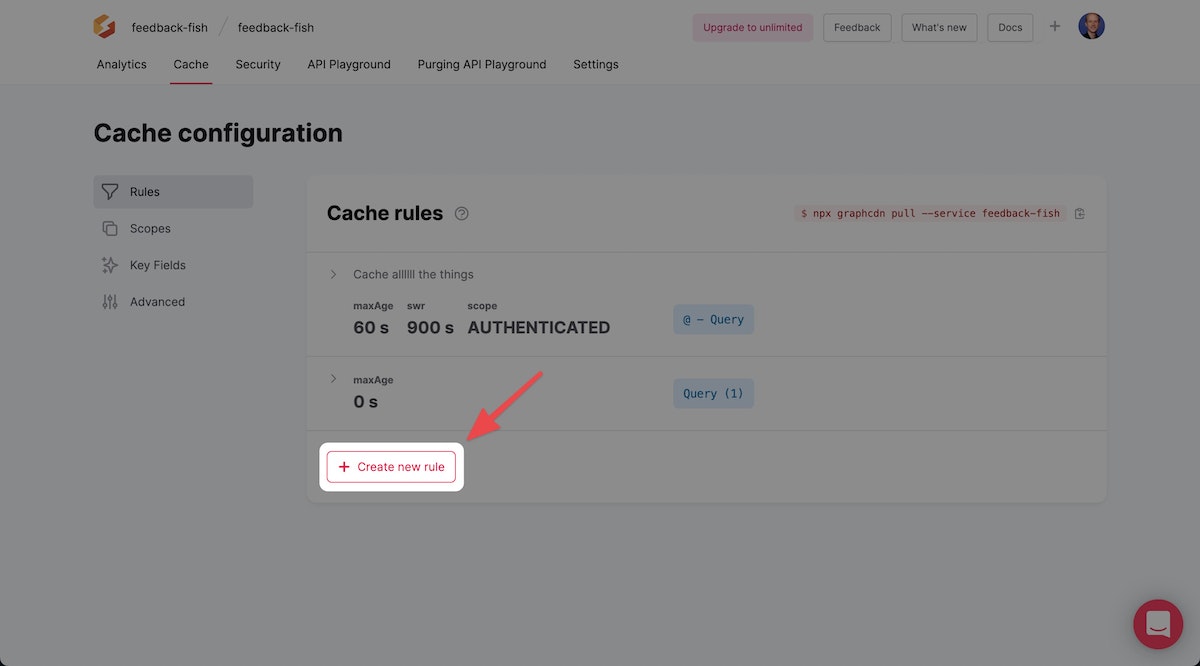 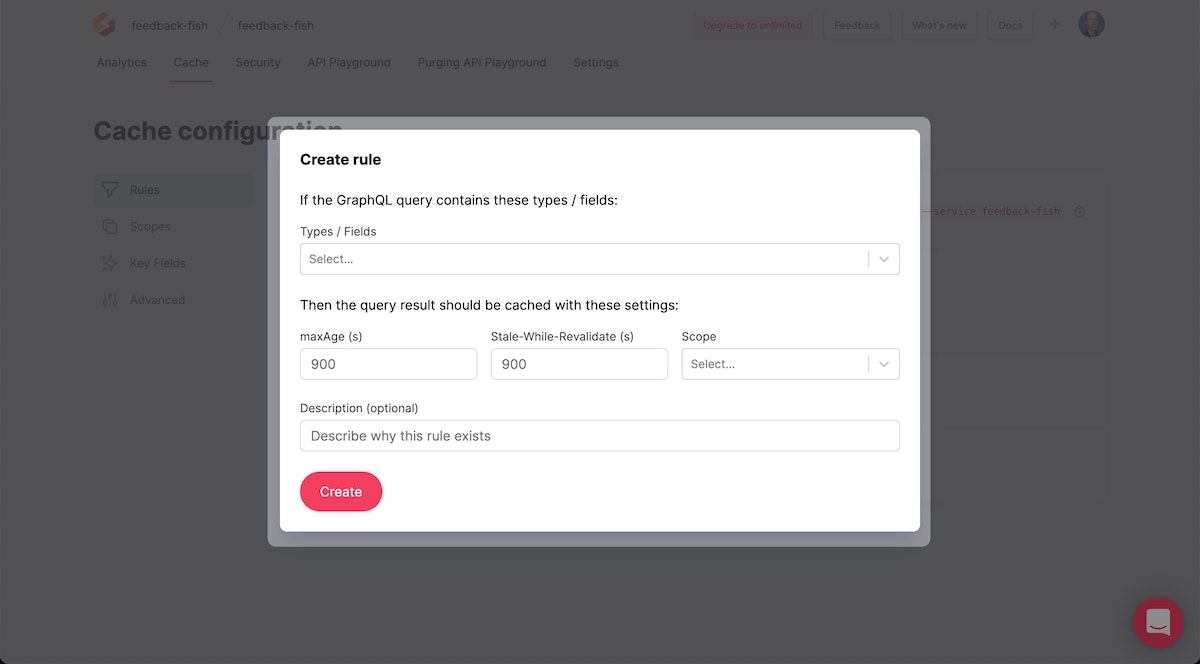 You can also edit and delete existing rules by clicking on them.

Push individual fields from the CLI

As of v1.0.0 of the CLI you can push individual fields with the graphcdn push command! For example, to push a schema change run:

This will only update the schema of your service. You can do the same thing with almost any property of your graphcdn.yml, for example:

Marko Locher
FixImprovement
a year ago

When you run the graphcdn push command we immediately validate your configuration file to ensure it is correctly formatted.

However, the validation error messages were not as helpful as they should be. We have overhauled them in the latest release of the CLI (v0.4.3) to make sure they precisely explain the issue(s):

Install the latest version of the CLI by running the npm install graphcdn@latest command in your project's directory.